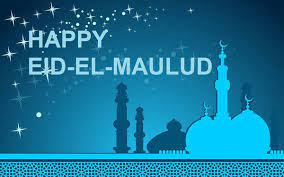 Muslim Media Watch Group of Nigeria, MMWG, has tasked the leaders, especially those in political power as well as every citizen to always do the right things for the nation’s prosperity.

In a message to mark this year’s Eid-el-Maulud, the group stated that the exemplary character of the Holy Prophet Muhammad made him an outstanding leader during his own time while his integrity earned him large followership in the communities where he never lived before that is – Madinah and in Makkah

The message, signed by the group’s National Coordinator, Alhaji Abdullahi Ibrahim said “though the Prophet was earlier driven out of Makkah, his triumphant entry back to city was a significant turning-point which all followers and leaders must underscore that – with good leadership and followership – a nation could reach the greater heights in no distant time.”

MMWG observed that few Nigerian leaders have discipline and integrity; adding that “this was responsible for bad governance leading to unfulfilled promises to the electorate, corruption, lack of strong legal backing to stem insecurity, immorality and underdevelopment in areas of economy, health, education and provision of social infrastructures.”

It, therefore, called on every Nigerian to be selective in the choice of their representatives and leaders to be voted for come 2023 elections, warning that their situation would not change if credible leaders and representatives are not chosen again.

The group commended President Muhammad Buhari on his achievements in areas of infrastructural development so far, stating that the decay in the nation’s infrastructure was massive due to corruption of the past administration.

On corruption, it called on the President to step-up his anti-corruption fight, especially on creation of special courts to deal with all the outstanding anti-corruption cases and other economic crimes.

MMWG also commended the President on his efforts in seeking global support on fighting insecurity and rehabilitation of Internally Displaced Persons, IDPs in the country.

It stated that celebration of birthday of Prophet Muhammad  would of be no value to Muslims who jettison his ideals of religious commitment, tolerance of the people of other faiths and building of egalitarian Society where welfare of the less-privileged is prioritised.