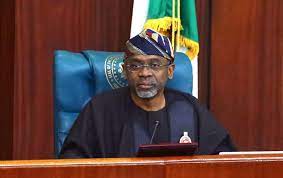 The Nigeria’s House of Representatives on Tuesday in Abuja adjourned plenary until September 15, following the death of one of its members, Hon. Adedayo Omolafe.

Hon. Omolafe, until his demise, represented Akure South and Akure North federal constituency of Ondo State in the House of Representatives.

Speaker, House of Representatives, Femi Gbajabiamila, while announcing the death of Omolafe at the plenary, asserted that it was customary for the House to adjourn sitting once it loses any member, adding that the burial arrangement for the deceased would be announced by the family.

It would be recalled that Omolafe, popularly known as “Expensive”, and a member of the Peoples Democratic Party, PDP, died on 15th August, 2021.

The House Representatives had on July 26 went on annual recess to resume 14 September, 2021.

In a separate development, the Minister of Defence, Maj-Gen. Bashir Magashi (rtd), had also appeared before the House of Reps Committee on Defence to brief it on the recent attack on the Nigerian Defence Academy, NDA, Kaduna by bandits.

The Commandant General of the NDA, Maj-Gen Ibrahim Yusuf, had earlier visited the committee to brief it on the security breach at the academy.

Bandits had on 15 August, attacked the NDA in Kaduna, killing and kidnapping officers at the academy.
The committee thereafter went into a closed door session for what it described as classified information.