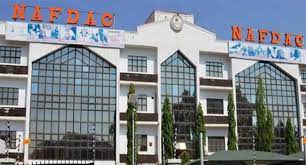 As efforts by the National Agency for Food and Drug Administration and Control, NAFDAC continued, a truckload of unregistered milk suspected to be counterfeit has been in Sokoto.

Coordinator, NAFDAC in Sokoto State, Malam Garba Adamu, disclosed this in an interview with the News Agency of Nigeria, NAN on Wednesday in Sokoto.

Adamu said that the consignment of 300 cartons of 35g creamer sachet was seized on Sept. 6 at the popular Kantin Daji market while the vehicle was on transit to Kano.

He said that the items were confiscated and the persons involved fined, to serve as a deterrent to others.

The coordinator explained that the agency’s headquarters had, in July, alerted state offices of circulation of unregistered milk and other products in the country.

He enjoined members of the public to be wary of their consumables and monitor any unregistered item so as to support NAFDAC in safeguarding their health.

According to him, the agency’s officials intensified surveillance and inspection exercise in Sokoto and Kebbi states to ensure quality of products and services.

Adamu reiterated NAFDCA’s commitment to sustaining the efforts, in accordance with its mandates.