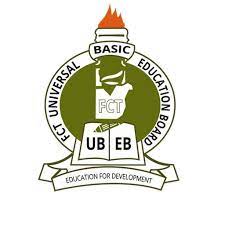 Director, Universal Basic Education Board, UBEB in the Federal Capital Territory, FCT, Dr. Hassan Sule, has called on residents in the territory to enroll their children/wards that are of school age into both primary and secondary schools so that they can be useful to themselves and the society at large.

Dr. Sule stated that government has made it possible for every child in the Territory to attend schools free of charge, adding that parents should use the opportunity to send their children to schools without further delay.

The Director, FCT UBEB, who made the call in his office while speaking with our correspondent in an interview in Abuja, said that it will not be the fault of government if any child is denied the right to education.

He revealed that FCT has 182 Junior Secondary Schools, JSS and as well proposed to establish additional 16, saying that FCT has 674 primary schools spread across the six Area Councils in the FCT.

Dr. Sule however asserted that despite all these provisions made available by the government, the demands for admission to both primary and secondary schools remained high because of influx of people into FCT on a daily basis.

While tasking students to face their education squarely and be serious with their studies, Director UBEB also urged them to shun cultism and other social vices.

Speaking on security in FCT schools, he said, “In the area of security, glory be to God. There is no single incident of kidnapping so far in any of our school in FCT, but however, the FCTA has put in place security measures in all our schools. The most important thing is prayers; the second measure is that we have advised our school administrators to synergize with security outfit. PTA in all our schools have been very supportive as well”