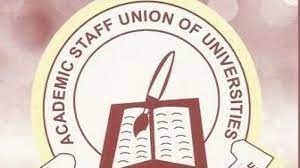 The Academic Staff Union of Universities, ASUU, Bayero University Kano, BUK has condemned the Department State Services, DSS for harassing and assaulting the Kano Zonal Coordinator of the Union Prof. Abdulkadir Muhammad and threatened to take legal action against it.

To this effect, ASUU issued a statement dated 6th September, 2021 signed by the Chairman Professor Haruna Musa and the Secretary, Dr Yusuf Umar Madugu threatening to take legal action against the DSS.

“The Union is ready to deploy all the available legal and legitimate instruments to ensure that justice is done in the matter” the statement said.

On why the Union is taking this action, the statement said the zonal coordinator was driving when the DSS came on top speed and singled him out and assaulted and harassed him after damaging his vehicle.

The union says it considered this as a gross violation of fundamental human rights of the academic luminary as well as display of lack of professionalism by the perpetrators.

“The incident happened on the 18th of August, 2021, along the Eastern Bypass Kano metropolis, around 2pm. Professor Abdulqadir was driving when these DSS operatives driving on high speed and harassing commuters with siren, unprovokedly singled out and stopped him, damaged his car and assaulted him repeatedly.

“ASUU considers the attack as the highest form of gross violation of fundamental human rights and has exposed the lack of professionalism on the part of those who perpetrated the cowardly act. The attack was unfortunate, tragic, despicable and embarrassing to say the least” part of the statement reads.