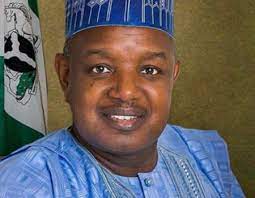 “I really appreciate that this is part of our democratic tenets where the majority of the members of the Kebbi State House of Assembly exercised their constitutional rights of the choice of their own leaders.

“We wish the new leaders more purpose, more unity, so that together we serve the people of Kebbi State, “Bagudu said.

The Chairman of the APC Governors’ Forum stated this on Monday when he received the new leadership of the Assembly and other members on a courtesy call led by the new Speaker, Kebbi State House of Assembly, Alhaji Muhammad Sani Abubakar Lolo.

He added: “We appreciate the services rendered by the former Speaker and his Deputy for what they have done for the state .

” I am here by pledging that we will continue to work together to better the lives of the people of the state .”

This, Lolo averred, would further spur the even development of the state, with abundant dividends of democracy to the electorate .

“We will continue to cooperate with each other towards bettering the lives of the people of the state,” Lolo, promised .

He gave an assurance that all request from the Executive arm on policies and programs designed to improve the wellbeing of the people of the state would receive prompt approval from members of the House.