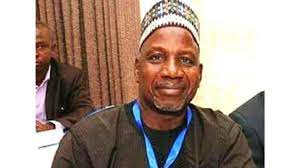 Presenting the executive draft bill to the Minister of Education, Adamu Adamu, on Wednesday in Abuja, the chairman of the committee,   Professor Auwal Yadudu, said the proposed document contains massive innovative ideas that would propel the knowledge economy in Nigeria.

The legal luminary, who commended the Executive Secretary of Tertiary Education Trust Fund (TETFund), Professor Suleiman Elias Bogoro, for putting in place the committee and for his vision for R&D, said the country stands to reap bountifully when the bill is passed into law.

“This is a bill which seeks to establish a National Research and Development Foundation to institutionalise, mainstream and commercialise research and development; promote innovation and support enterprise development for job and wealth creation for knowledge driven economy. This is the key thing,” Prof. Yadudu said.

While hailing  Bogoro as the Senior Advocate of Research, SAR for his unwavering commitment to fully enthrone a culture of cutting-edge research that collaborate with industries, Yadudu said the draft bill identified viable source of funding for the proposed National R&D Foundation as well as a robust autonomous governing structure.

Receiving the document on behalf of the education minister, Professor Bogoro said the draft executive bill when come into force would open a new chapter in the technological and industrial development of the country.

While saying the foundation would go a long way to ensure Nigeria’s future is driven by knowledge, Professor Bogoro thanked the committee for a job well done.

“The Ministry of Education is very appreciative of the great job you people have done. It is on behalf of the minister I am receiving this document and I know it is a well packaged document,” he said.

It will be recalled that the education minister, represented by the Permanent Secretary, Sonny Echono, inaugurated the 11-man committee on 15 June, 2021.