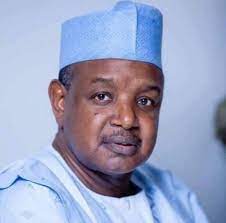 The Kebbi State Governor, Senator Abubakar Atiku Bagudu, who is also the Chairman Progressives Governors Forum has pledged to uphold tenets of democracy by allowing people to elect people of their choice during APC ward Congress scheduled for this Saturday through a transparent exercises .

He assured party stakeholders and members of the APC in the state that honesty and justice would form the basis of the upcoming ward congresses in the state.

Senator Abubakar Atiku Bagudu affirmed this on Wednesday, in Birnin Kebbi at the stakeholders’ meeting of the APC preparatory to the upcoming congresses slated to begin 31st of July,2023.

This is coming as the All Progressives Congress, APC, Kebbi State Chapter, has agreed to adopt consensus in the forthcoming congresses of the Party, at ward level.

The party has also agreed to commence the use of the consensus strategy during the Ward Congresses scheduled for Saturday ,31st July , 2021.

The Governor indicated that, the decision to employ the invaluable concept of consensus was reached out of the volition of all the critical stakeholders of the Party.

Bagudu further stated that, consensus was not new to the Party in the State and it was deployed severally, at all levels .

The Chairman of the APC Governors ‘ Forum said: “We had hitherto used this all-important strategy and it was significantly effective and beneficial to all of us .

“That is why we have also provided some Windows to voice out agitations , just as we have also vowed to be just and fair to all .

“Leadership aims at fostering peace and unity, and not discord and disharmony. These are what we will continue, as well as protect.

“APC and its leaders, at levels will continue to protect the dignity of all the stakeholders and we are all equal shareholders in the Party.”

He also expressed delight that, Kebbi State was renowned to be bastion of peace ,unity, discipline, respect and support to each other .

The Governor commended all the stakeholders for their unprecedented support and cooperation , while stressing that , the exercises will be hitch free .

Minister of Justice, Abubakar Malami, SAN, aligned himself with the submissions of Bagudu , even as he pledged sustained loyalty to the Governor as the Leader of the Party in the State .

While giving glowing tributes to other leaders and members of the Party,  Malami said that, APC in the State and national levels will continue to grow from strength to strength .

In his welcome address the State APC interim caretaker Chairman, Alhaji Abubakar Kana Zuru explained that the meeting was organised to harmoniously reach modalities for the conduct of ward congresses.

He said the party constitution amongst others also provided for consensus amongst candidates and urged all candidates seeking for positions to follow the path of peace and go for consensus with full participation of stakeholders.

He said already dialogue was ongoing in all the 21 LGAs of the state aimed at reaching understanding among party members on the issue of consensus candidacy.

He further announced that reports have been received from 17 Local Government Areas where consensus and peace building have been reached.

The Chairman of APC Elders Forum of the State, Alhaji Sani Hukuma Zauro, the Algon Party Chairman, Abdullahi Usman Andrai as well as Barrister Shehu Marshall, Chairman Jega Local Government, Algon Chairman while commending the foresight of the governor and APC leadership, extolled governor Bagudu for bringing myriads of development to Kebbi State and uniting the members of the party.

They urged all party members to remain loyal to the party ideals and abide by decision reached at the meeting for smooth congresses.

On their part, Hajiya Aishatu Gunabi, APC women leader and Hajiya Halima Hassan Tukur, a former House of Representatives Member appreciated the governor for placing women in various positions in his administration.

The women leader, Hajiya Aishatu Gunabi however appealed to all APC stakeholders to give additional posts to women in the party hierarchy as well as the upcoming congresses in view of their voting power.

Bunza said the governor allowed them to manage the affairs of their ministries without interference while Kamba extolled the governor in the area of providing security to people of the state.

” Our state has become a subject of admiration to many states in terms of the effort of the governor to providing security to people of the state ‘, he averred.

The Speaker Kebbi State House of Assembly, RT Hon. Ismail AdulMumin Kamba thanked the governor for approving constituency projects in their localities while assuring the governor of their support and cooperation for smooth conduct of ward congresses.

The Senator representing Kebbi South, Bala Ibn NaAllah emphasized the importance of strengthening party unity and carrying everybody along in determining the affairs of the party.

He called on people to sustain loyalty to the governor and in return the governor should also uphold the virtues of Justice and fairness.

Senator Muhammadu Aliero, representing Kebbi Central said it was incumbent on all party members to work towards consolidating the successes recorded by the APC as well as make it stronger from ward to national level as mandated by President Muhammadu Buhari who is the national leader of the party.

Shehu Muhammad Koko, Wamban Koko, House of Representatives Member representing Koko Besse/Maiyama eulogized the benevolence and goodwill of governor Atiku Bagudu among party members across the state which according to him has impacted positively on the lives of people that has reduced burden on politicians.