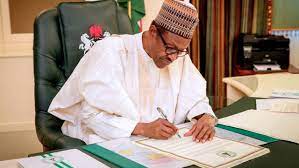 Following the resolve of the federal government to continuously keep the Nation abreast of developments in each sector, Mr. President has, following the establishment of additional universities, approved the appointment and reassignment of Chancellors to forty-two Federal Universities.

The Minister of Education, Mallam Adamu Adamu said the fresh appointment was intended to replace deceased chancellors of some Federal Universities as Royal Fathers.

Adamu also said the appointment was due to establishment of additional universities, and as part of Mr. President’s resolve to keep the nation abreast of development in each sector.

He said that the newly appointed chancellors are expected to be the moral compass of the various universities to which they are assigned. “They have been taken from their kingdoms and primary constituencies to other kingdoms and these appointments are expected to play a role in cementing relationships between communities in the country.”

It would be recalled that, following the approval of the President and Visitor to Federal tertiary Institutions, Adamu had in April this year, inaugurated Visitation Panels to all tertiary institutions.

The Minister also, recently inaugurated the Governing Councils of Federal Polytechnics and Colleges of Education to strengthen these Institutions for effective service delivery for national development and global competitiveness.

He notified that the panels are currently rounding off their assignments and will soon submit their Reports.

Adamu, however, reiterated that the chancellors would be presented to the University Community at an investiture ceremony to be organised by the university for the purpose, or during the next convocation ceremony when the investiture will precede the conferment of degrees at convocation.

He explained that, the chancellor should in relation to the university take precedence before all other members of the university, and when he is present, shall preside at all the meetings of convocation held for conferring degrees.