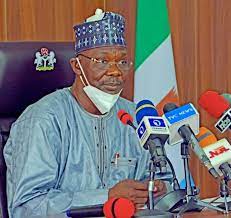 Nasarawa State Government revealed is plan to sponsors indigenous students who are willing to study medicine and other science related course within and outside the state.

The state, Executive Secretary of Scholarship Board, Danlami Ikposbose, made the revelations in an interview with some slated journalists in Lafia.

He said, “I want to tell you that our amiable, Governor of the state, Abdullahi Sule has given us the go ahead to fine-tune modalities on how to adopt system of sponsoring our students science and special courses in all tertiary institution of learning at the end will be if advantage to the state”

Ikposbose also pointed out area of focus will be more on medicine students, just as he reiterated government desire to train as many as they can in this aspect so that in the nearest future, the state would have indigenous doctors and other medical personnel.

On the issues of non indigenes encroachment from border states  to benefits in the scholarship scheme of Nasarawa state, Ikposbose confirmed that they are working round the clock to ensure such would no longer exist and assured of the board redness to block all leakages.

“I also want to inform you that we have designed a roadmap with a view to change the narrative of scholarship entirely. In the past, if scholarship was given out to students, those that matters were always skip out in the process, but now the reverse is the case as we involved traditional rulers who can abreast us with authentic list of indigenes of their areas for smooth disbursement” he said.

He further explained that the board had opened a portal where names of district and village heads and stakeholders across the state will be documented with believed to have better tomorrow.