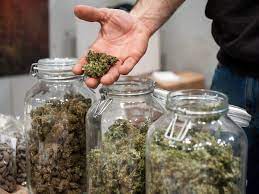 Around 275 million people used drugs worldwide in the last year, while over 36 million people suffered from drug use disorders, according to the 2021World Drug Report, released today by the United Nations Office on Drugs and Crime, UNODC.

As the 2018 National Drug Use Survey revealed, in Nigeria at that time there were around 14.3 million drug users of which close to 3 million suffered from a drug use disorder.

The World Drug Report further noted that in the last 24 years cannabis potency had increased by as much as four times in parts of the world, even as the percentage of adolescents who perceived the drug as harmful fell by as much as 40 per cent, despite evidence that cannabis use is associated with a variety of health and other harms, especially among regular long-term users.

A worrisome trend considering that there are 11 million cannabis users in Nigeria, a third of whom seemed to be regular users with a need for drug counselling.

“Lower perception of drug use risks has been linked to higher rates of drug use, and the findings of UNODC’s 2021 World Drug Report highlight the need to close the gap between perception and reality to educate young people and safeguard public health,” said UNODC Executive Director Ghada Waly.

“The theme of this year’s International Day against Drug Abuse and Illicit Trafficking is “Share facts on drugs. Save lives”, emphasizing the importance of strengthening the evidence base and raising public awareness, so that the international community, governments, civil society, families and youth can make informed decisions, better target efforts to prevent and treat drug use, and tackle world drug challenges.”

In furtherance of this theme, in Nigeria UNODC in partnership with the Federal Ministry of Health, the National Drug Law Enforcement Agency and with the support of the European Union used the opportunity several knowledge products to enhance access to quality drug counselling and treatment, including the National Guidelines for the Treatment of Substance Use Disorder and the Standard Policy and Practice Guidelines for NDLEA Counsellors.

Between 2010-2019 the number of people using drugs increased by 22 per cent, owing in part to global population growth. Based on demographic changes alone, current projections suggest an 11 per cent rise in the number of people who use drugs globally by 2030 — and a marked increase of 40 per cent in Africa, due to its rapidly growing and young population.

In Nigeria, this would signify that the country will have to grapple with approximately 20 million drug users by 2030furtherdeepeningthe public health and public security challenge.

According to the latest global estimates, about 5.5 per cent of the population aged between 15 and 64 years have used drugs at least once in the past year, while 36.3 million people, or 13 per cent of the total number of persons who use drugs, suffer from drug use disorders. In Nigeria, with 14.4% the drug use prevalence is significantly higher than the global average.

Globally, over 11 million people are estimated to inject drugs, half of whom are living with Hepatitis C. Opioids continue to account for the largest burden of disease attributed to drug use.