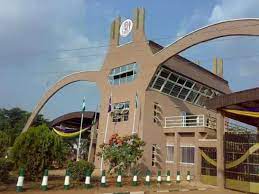 A lecturer at the University of Benin (UNIBEN), Edo state has been shot dead by unknown assailants.

Mr. Maxwell Aimuen lost his life after gunmen shot him severally as he drove into his residence in Isihor area of the state last Saturday.

Confirming the incident, University authorities disclosed that the deceased was a Lecturer II in the institution’s Public Administration Department since his engagement in 2015.

The PRO of the University, Benedicta Ehanire revealed that the matter has been reported at the Ugbowo Police station.

The 33-year-old lecturer was described as a hard working and dedicated staff.

Idealposts learned that the assassins took nothing from the deceased’s vehicle and speedily left the scene.