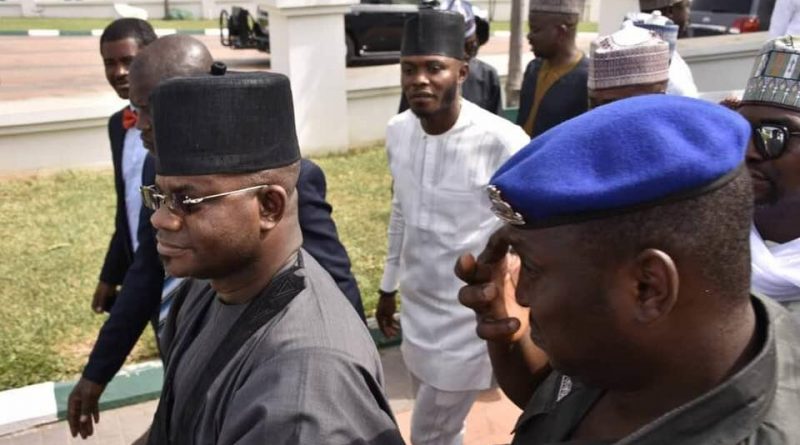 Engr. Ananyi Shadrach Lamidi in a message via his media aide on Friday felicitated with the Executive Governor of Kogi state, Alhaji Yahaya Bello as he celebrates his 46th birthday.

He said, “I believes that an occasion of one’s birthday, especially a milestone such as the age of 46, should be a day to reflect on one’s purpose of existence in life and, this according to him, is “to serve the humanity.

“Proverbs 22:29 states “Seest thou a man diligent in his business? He shall stand before kings; he shall not stand before mean men.” This biblical verse is the true reflection of Governor Yahaya Bello, who clocks 46 today”

Engr. Ananyi said without any iota of doubt, the 46th birthday of Governor Yahaya Bello is worth celebrating considering how he has made meaningful impacts in private and public sectors, especially in the previous year of his administration as number one citizen in the Confluence state.

“As a man who believes in putting smiles on the faces of others; someone who is passionate and empathetic towards people around him, the governor’s decision to have a low key celebration on his major milestone deserves a lot of accolades.

“”His emergence as the governor of kogi State was historic, For the first time in kogi politics, Gov Yahaya Bello break the jinx of tribalism.

“Governor Bello believes that government is continuous and that was why he didn’t spend energy in his early days in office blaming previous administration. Rather than giving excuses, His Excellency hits the ground running from his day one in office. He took a lot of bold steps in the early few weeks. To him, the task of achieving the ‘Greater kogi’ he promised kogitie must be accomplished.

“So far, Governor Alh Yahaya Bello action, which is largely putting personal touch to governance has set the state on the right path to greater kogi state.

“As he celebrates, I wish him the fulfilment of his heart’s desires for the good people of kogitie and Nigerians at large. Happy birthday your Excellency”