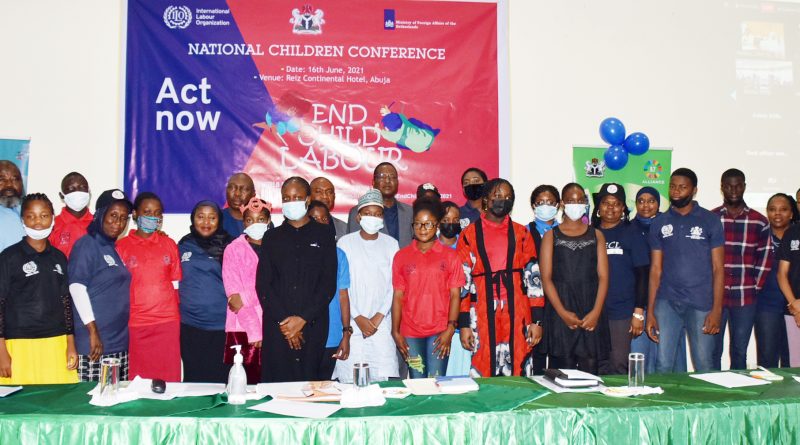 The Federal Government has created an enabling environment for the fight against Child Labour through the ratification and adoption of key International Labour Organization, ILO Conventions.

Minister for Labour and Employment, Dr. Chris Ngige, stated this in Abuja as he briefed the media, as part of activities lined up for the commemoration of the 2021 World Day Against Child Labour.

He noted that Government had also approved a number of policy documents on Child Labour, and ratified and domesticated International Conventions against child labour, as well as adopted other measures.

He disclosed that in the fight against child labour, Government was however battling with some challenges, such as “poverty, cultural/religious factors, poor education system, inadequate social protection strategy, and wrong perception/ignorance of the effect of child labour and wrong or misinterpretation of the Almajiti system etc.”

The key International Conventions include Elimination of the Worst Forms of Child Labour Convention No. 182 (1999), Minimum Age Convention No. 138 (1970), Optional Protocol to the CRC on the Sale of Children, Child Prostitution and Child Pornography (2000), among others.

Ngige explained that the national policy documents on Child Labour, approved by Government, are National Policy on Child Labour; National Action Plan for the Elimination of Child Labour in Nigeria, and A Comprehensive List of Hazardous Work.

According to him, this year’s event would be observed from 10 – 17 June, tagged “Week of Action”, with series of activities including “the launch of the new global estimates on Child Labour.”

He disclosed that the activities would be an opportunity for partners to showcase progress made in carrying out their “2021 Action Pledges.”

The activities lined up for the event also include dialogue between members of the Children Parliament, National Child Labour Focal Person (Mr. Alliance) and other partners on the elimination of Child Labour, the achievement of the Action Pledge, progress reports and updates on action pledges.

She called for collaboration among social partners, with contributions from International agencies and international donor communities, in order to deal with poverty and inequality, which she described as drivers of child labour.

Phala pledged the commitment of ILO to work with Nigeria, and social partners; to provide technical support, as well as “work collaboratively in mobilizing resources to add to our effort, and to forge ahead in our quest to save our children from child labour.”