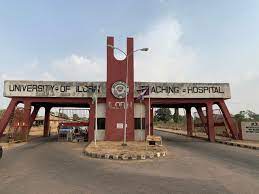 Workers including nurses of University of Ilorin Teaching Hospital, UITH, Ilorin, Kwara state, on Wednesday embarked on strike over nonpayment of ‘sleeping’ arrears and uniform allowance among other demands.

The workers who are members of Joint Health Sector Union, JOHESU and Assembly of Health care Professionals announced their decision in a joint letter to the Chief medical director.

In the letter jointly signed by Chairmen and secretaries of the groups, the workers lamented the refusal of the management to implement the earlier agreement signed after a warning strike embarked upon last year.

“The executives at its meeting reviewed the agreement with management after the August 2020 warning strike and observed with dismay flagrant refusal by the management to honour the agreement reached with the Unions.

“Failure to pay promotion arrears, 2011, 2018, 2019 and 2020 from the 2021 budgetary, Promotions to Director cadre, sleeping and relativity arrears, out of stoke syndrome at NHIS, Staff redeployment after conversion, balance of uniform allowance arrears” the letter read.

However, the workers demanded an immediate payment of promotion arrears and conclusion of 2021 promotions and prompt payment of arrears.

Other demands include immediate payment of sleeping arrears, relativity arrears for staff in clinical, one and half years uniform allowance and proper redeployment of staff members who have been converted in line with establishment protocol.