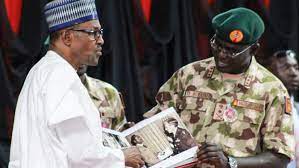 …lauds Gov. Bello for being proactive in the handling of security in Kogi

The Confluence Online Network, CON, has called on leaders across the country to take the issue of security of lives and property of citizens more seriously.

The Chairman of the group, Augustine Aminu, who made the call during group’s inaugural meeting in Abuja yesterday, commended the Kogi state Governor, Alhaji Yahaya Bello, for being proactive in the handling of the security challenge in the state.

The group while expressing worry over escalating violent agitations, kidnap for ransom, banditry and killings in parts of the country, called on other Governors to borrow leaf from Governor Bello’s security template which it said has made Kogi one of the safest state in the country..

While highlighting the aims and objectives of the group to include galvanizing support for development and encouraging investment in the economy of the state, Aminu said, it’s time for the confluence state to take its rightful position amongst the committee of state as the place where the present Nigeria was birthed.

The group called on leaders in the state to close ranks by coming together to build a strong and virile state that would be the pride of all irrespective of their religious, ethnic and political affiliation.

It added that the Forum has concluded arrangement to hold a one-day security awareness lecture where personalities that have distinguished themselves in the fight against insecurity would be honoured.

The group promised to be fair, truthful and unbiased in reporting issues in the state and the country at large.