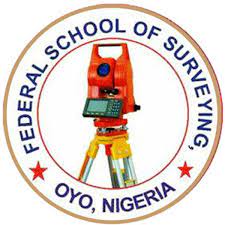 The Chairman and members of the Governing Council of the Federal School of Surveying, FSS, Oyo in Oyo State, have concluded arrangement to upgrade the institution.

Also, following the decision taken by the council in their previous meetings, there is every possibility that substantive Registrar will soon be appointed.

In a statement signed by the Head of Press and Public Relations, OSGoF

Abu Michael, Administrator O. O. Oyedele has since been acting and he is expected to be confirmed by the council.

The FSS, which was established in 1908, about 113 years ago is the only school offering surveying, an geo-informatics and related courses in the country.

The Surveyor General of the Federation, Surv. Samuel Adeniran Taiwo, who is the Chairman of the council, while giving his opening speech at the meeting said that through their activities, histories were being created daily and that it was wise for them to continue to make useful contributions for the advancement of the school for posterity to judge them well.

Surv. Taiwo charged members of the council to work assiduously towards further development of the school, saying that there were many issues to be resolved so as to achieve progress.

The Surveyor General explained the significance of making contributions consciously for concrete achievements.

He disclosed that the council earlier had an emergency meeting to deal with some issues of urgency, as he welcomed new members of the council and also wished them well in their future commitments.