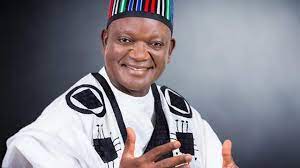 The Benue State Governor, Samuel Ortom, has stated that any Nigerian who refuses to support the ban on open grazing harbors a hidden agenda against the country.

Ortom stated this via a statement at the Holy Ghost Parish Hall, Makurdi, on the occasion of the Media Week and Commu­nications Day 2021, organised by the Catholic Diocese of Mak­urdi.

The Governor lauded the consensus on open grazing, stating that it is crucial towards the development of the economy.

He said, “Ni­geria is a country with great potentials, which, ordinarily, should not be wallowing in poverty, if security for lives and property in the country were guaranteed.

“If the peo­ple were allowed to stabilise in their localities to explore opportunities in farming and other ventures, Nigeria would be a great country”

The argument on open grazing has raged on amongst political analysts who continually suggest that it is not in alignment with modern agricultural practices while eliminating the ever-present farmers-herders clashes.