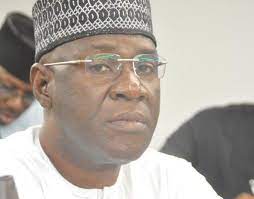 Hon. Idirisu, in a statement made available to newsmen on Tuesday, said his appointment by APC in this direction is an indication that he has performed excellently well in the area of security among others, when he was given similar assignment in the past.

He asserted that with his wealth of experiences, and as a serving Governor of the safest State in Nigeria, he will definitely replicate the good work he has been doing in the state at the party level.

Hon. Idirisu applauded the Kogi State Governor on various achievements recorded so far since he assumed office as the Executive Governor of Kogi state.

“Considering his past performance, both in the state and at the party levels, I am very sure that he will contribute greatly to the development of APC by putting the necessary apparatus in place for robust security arrangement in the forthcoming convention. For him, doing that will not be an issue.

“Alhaji Yahaya Bello has done it before and he will even do it better this time around, I have no doubt about that” he said.

Recalled that Governor Yahaya Bello was made the APC Security Sub-Committee Chairman, during the 2018 National Convention. That convention served as the party’s first ever National Convention, and it was held in Abuja successfully.