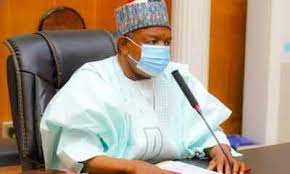 Less than two years to the 2023 general elections, the Independent National Electoral Commission, INEC, yesterday raised the alarm over delay in the amendment of Electoral Act.

This is even as the electoral umpire said it has fixed February 18, 2023 for the presidential election, adding that the time table to that effect will come out after Anambra State governorship election, scheduled to hold on November 6, 2021.

In his remark during a public hearing on the Electoral Offences Commission Bill, the chairman of INEC, Professor Mahmoud Yakubu, said that the commission “is anxious to know the legal framework to govern the conduct of the 2023 general elections.

Yakubu expressed disappointment that barely a year and nine months to the next general election; the National Assembly is yet to pass the Electoral Act amendment bill.

He said: “The 2023 general elections will hold on Saturday, 18 February 2023 which is exactly one year, nine months, two weeks and six days away from today.”

Expressing the support of INEC for the Electoral Offences Commission Bill, Yakubu lamented that the public hearing on it was being done 13 years after the recommendation of the Uwais Committee in 2008, adding that “beyond that there had also been so many reports basically calling for action on electoral offenders.”

“So it is important as we consider this bill to take into consideration, those enormous responsibilities that the commission discharges,” he pointed out.

Yakubu disclosed that since the 2015 general elections, 124 cases that have been filed in court and are being prosecuted, adding, “so far, we have only achieved 60 convictions out of 124 including the latest one that we all know about in Akwa Ibom.”

According to him, INEC will like to see more prosecution of offenders not just of ballot box snatchers and falsifiers of result of election, but most importantly, their sponsors.

He said: “We look forward to the day when highly placed sponsors of thuggery including chieftains of political parties and candidates will be prosecuted.”

Earlier, the chairman, Senate Committee on INEC, Senator Kabiru Gaya said, “the bill provides for the commission to investigate and prosecute electoral offenders on the powers of the Attorney General, adopt measures to prevent, minimize and eradicate electoral offences.”