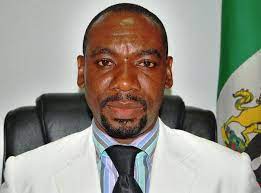 A Minna based community organization, has threatened a court action against the Chairman and Chief Executive Officer, of an Abuja based Human Right Radio and Television, Alhaji Ahmed Isah, should he refuse to come out to contest for president of Nigeria come 2023.

The Niger State coordinator of the group, Alhaji Uthman Mijinyawa- Siraja, who sound the threat at a News briefing, explained that the human right activist and a philanthropy, Ahmed Isah has all it requires to  give the country the needed leadership that would take Nigerians out of the shackle of poverty that the country has been subjected to by successive administration from 1999 to date.

According to him, a total of 150 organisations, NGOs and people of like minds cut across the six geo-political zone of the country have already mobilized themselves for the project of actualizing this Noble course, adding that his refusal to respond to our clarion call on him to contest for the enviable seat of Nigeria president come 2023 will amount to litigation.

“We are not demanding any support from him. And we are not saying he should finance this noble project of actualizing our project with: Code “Ahmed Isah from Ordinary president to Nigerian President 2023. All we needed from him is just to answer to our clarion call on him. Honestly, his refusal to answer our calls on him, apart from the litigation, we shall take to the streets to compel him to come out and at the end we shall peacefully match to his games village and take refuge for days until he answer us”  he threatened.

Alhaji Mijinyawa-Siraja, noted that Ahmed Isah has used his God given wealth to positively impact on the lives of the needy in the society, stating that with the little he has been doing to improve on the well beings of the less privilege in the society, it will not be out of place to passionately call on him to come to the rescue of the entire citizens of Nigeria to  “take us out of this penuries and the shackle of poverty that we are passing through in the last 22 years of our democracy”

The CBOs and other like mind according to him have concluded plans to personally float an organization and a political party that would drum support for the actualization of the noble project of Ahmed Isah for president in 2023, stressing that already “the project, Ahmed 2023” has overwhelmingly received the needed attention

He insisted that Ahmed Isah, as detribelised Nigerian, who has been part of the country and has equally known several challenges facing the country, should know how better he will assist in bringing us back to the past glory of Nigeria.

“Even with the little he has been doing to the less privileged through his heart touching Human right radio and television in Abuja, is not enough, because that is not reaching out to all. They are people out there that needed him most, but they are not privilege to meet him as a person. By the time he is on top of the leadership of the country, that is the time every Nigerians will feel his leadership impact”  he explained.

Speaking further, Alhaji Mijinyawa, was of the view that Ahmed Isah as a human right activist of high repute; his administration will have zero tolerance for corrupt related cases in the country that has already been bedeviled by corrupt practices.

Siraja further emphasised the needs for  Ahmed  Isah to as a matter of urgency answer to the wishes of the people, particularly those common men out there, that already believed in him to take them out of the Insecurity, poverty and other vices that was bedeviling the country.