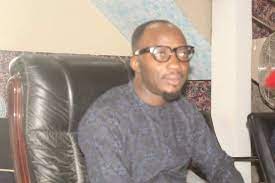 Chief Executive Officer, CEO, TheoBarth Global Foundation, Dr. Theophilus Ebonyi, has urged the government and all Nigerians to uphold the values of Education across the country, saying it is the most valuable asset that any country has.

He made this known at an interview session with journalists during the conferment of Doctorate Degrees (Phd) and other degrees to graduands in Nasarawa State.

The recipient, who got the conferment as Doctor of Theology and Divinity, told newsmen that the multiple challenges being faced across the country require divine intervention, noting that only God can be sourced as solution in such instances.

Ebonyi also noted that an education driven society is the only way to build a better future for the country.

On security matters, the clergy decried the rising spate of insurgency, banditry and other forms of shenanigans ravaging the country.

He promised to use his position as a tool to constantly proffer solution to both the government and people of Nigeria, as he admonished all to always live with the fear of God in all their endeavours.

Speaking, Provost of the institute, El-Elyon Bible Institute and Seminary International, Dr Silas John Danjuma, urged the alumni of the institution to be good ambassadors, stating that different awards will be conferred on graduands in recognition of some meritorious roles they played during the process of their studies.

“The institution is proud of the students because they have been tutored and nurtured, certified and found worthy in both character and learning to graduate and be released to the world to make their make mark in life and in ministry,” he said.

In total, 121 students of the institution, bagged Bachelor’s Degree, 71 Master Degree, 47, while 51 students were conferred with Doctorate Degrees, in different theological fields, respectively.

Also, a fellow of the Chartered accountant, Dr. Adie Christopher who spoke concerning the level of unemployment in the country, said the organisation has devised means of creating jobs for Nigerians, adding that in the developed countries, most of the work force are created by individuals.

He maintained that unemployment is a major contributor to the growing insecurity in the country.

In a similar development, 32 students were issued certificates of Diploma in Leadership and Governance.

The convener, Dr. Emmanuel Oga, told Nigerian Pilot at the graduation ceremony of ‘Leadership Development and Capacity Building Practical Entrepreneurship and Value Addition, Education Development and Cosultancy, that good leadership is all about service delivery and loyalty from all quotas.

According to him, African leadership has unfortunately been bedeviled by monetary values attached to service delivery, without attachment to apprenticeship.

He further said that research shows how businesses fold up within five years within the continent, as a result of poor management.

Oga therefore, admonished the graduands against disloyalty in the line of duty, adding that Leadership traits begin with the services an individual is ready to render to the society.