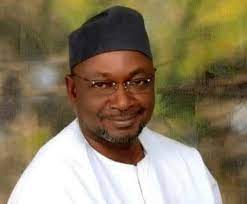 The Atiku Abubakar Solidarity Organization, says it received news of death of the former Secretary to Government of Nasarawa state, Hamza Mohammed Elayo with greatest shock.

The state coordinator of ASO, Abubakar Agwai, therefore described late Elayo as a man of integrity and honesty in all his dealings during his life time.

In a statement signed by ASO state coordinator, Agwai and copy made available to newsmen in Lafia, the Nasarawa state capital, expressed shocked over the demised of late Elayo.

ASO state coordinator said, “The death of such great man is really shocking especially to those that know him and his contributions towards uplifting the state, the statement acknowledged”

He maintained that late Elayo was a political mentor to many upcoming politicians as he also sacrificed his life in bridging peace and unity among all the diversity group irrespective of religion, ethnic or political affiliation.