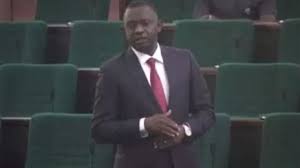 Hon. Sunday Karimi, former member, House of Representatives from Kogi State, has called on the Minister of Works, Raji Fashola, to call to order the contractors handling the repairs of Gwagwalada-Lokoja road.

Hon Karimi, expressed displeasure over the hardship commuters travelling on that road have been facing especially in the last 3 months.

Karimi identified Gwagwalada and Lokoja ends as the major problem areas on the road, regretting that it ought not to be so if adequate measure had been taken.

He pointed out that some of the repairs causing traffic jams should have been handled swiftly and mostly at night, but expressed worries that the Contractors are pretending to be working while being lazy.

Karimi maintained that some lives have been lost due to avoidable accidents and called on the Minister to as a matter of urgency intervene in the matter.

The former lawmaker appealed that during the forthcoming festive period, the Minister needs to move swiftly to avoid the ugly experiences of the last few months.