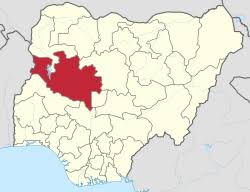 As journalists and security agencies were waiting at the Niger State goverment house to see the released students of Government Science College, Kagara, the medical team of the State Health Service Management Board refused the from witnessing their arrival.

The abducted students of Goverment Science College, Kagara were kidnapped by heavily armed men suspected to be bandits about two weeks ago along with some of their teachers and their wives in the early hours of penultimate, Wednesday in their hostels.

Rumours were flying round Minna town and its environs in the early hours of Friday, that the abducted students will be released by their abductors, who held them in captive in the last eleven days.

53 passengers of the Niger State own Transport company who were also abducted by some gunmen who were equally kidnapped 3 days after were released and received by the Niger State Governor Abubakar, Sani Bello at the goverment house in Minna, at about mid night of last week Sunday.

Early on Saturday at about 8 o’clock, handful of Journalists and Security Agencies, who were at the goverment house Minna to have glimpse of the arrival of the students were disappointed as the convoy of buses that conveyed the Kagara Students drove to the NSDC Motel opposite the state government house where they were received by some team of medical personells that will attend to them before their arrival at the goverment house to be receive by the Governor.

Heavily armed combined team of military, DSS and police men were drafted to the NSDC Motel gate subjecting journalists to all sort of harassment.

As at the time of filling this report, the students were still been held at the NSDC motel by the medical teams who were administering some medication on them.

It was however gathered that the released students were so weak and looking depressed as a result of the hardship they were subjected to in the hands of the gunmen .

Although, no official statement from the government on how they were released, but it was also gathered that negotiation was made by the Kaduna based Islamic Cleric, Dr Ahmed Mahmud Gumi before they were freed from captive after about two weeks of negotiation.

The Governor of Niger State Abubakar Sani Bello had earlier told journalists that his goverment will not pay any ransom to the bandits for the release of the Kagara Students.

He equally decried the insensitivity of the Federal government for not showing any concerns on the plight of the Kagara Students, who were in captivity in the last 11 days.