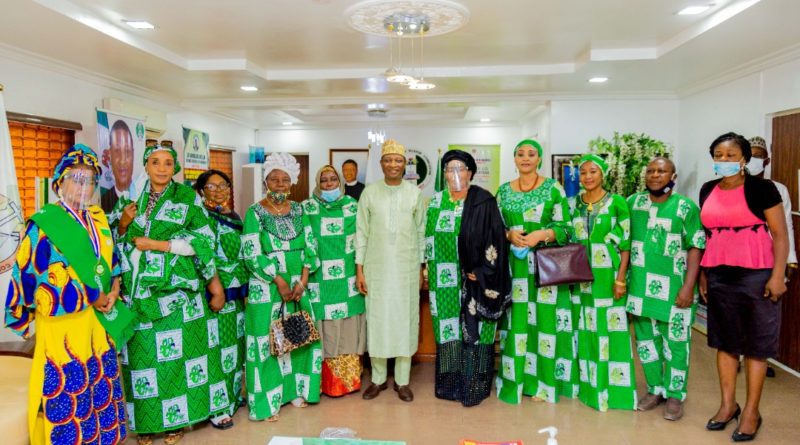 The Executive Secretary of the Nigeria Christian Pilgrim Commission, NCPC, Rev Yakubu Pam, has said that there is nothing more beautiful than peace and unity.

He made this assertion while playing host to the National President and executive members of the National Council of Women Societies in his office on 25th February, 2021 in Abuja .

He stressed that the peace and unity of the country should be the business and concern of everyone, stating that “we cannot leave everything for the government”

Rev Pam affirmed that government does not mean only those in position of power rather, it is all encompassing.

The NCPC boss condemned the barbaric killings of innocent Nigerians by criminally minded people in the society.

He however regretted the fact that the society in some places are not fair to women. adding that, “we will advocate for women so that we can join forces to advocate their cause.”

Rev. Pam averred that God has placed women in an enviable position in the society and so they deserved to be respected and dignified.

He assured his guests that the Commission would incorporate the youth in its peace programme.

Earlier, the National President of the National Council of Women Societies, NCWS, Dr. Gloria Shoda thanked the NCPC boss for receiving them at the shortest possible time.

In the words of the National President, “the Commission plays a very important role in national development”He added,”we cannot take away the importance of spiritual guidance, prayer and fellowship from who we are as a nation”.

Dr. Shoda further stated that they were blessed to have leaders such as Rev Yakubu Pam and other leaders of faith, who have continued to be a role model in the promotion of spiritual and religious fulfillment.

The National President reiterated that the NCWS is a grassroot organisation and sensitive to the interest and aspirations of women.

She commended the NCPC boss for his role in promoting peaceful co- existence in Nigeria and for ensuring the welfare of pilgrims during Pilgrimage.