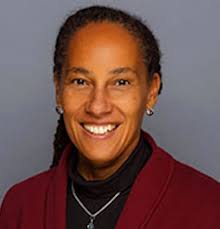 Ethnic studies scholar and Professor, Dr. Julia Chinyere Oparah, has been appointed provost and Vice President of Academic Affairs at the University of San Francisco.

The appointment takes effect from 12 July.

Born in Edinburgh, Scotland and with roots in southeast Nigeria, Julia grew up in the south of England.

She earned Doctoral and Master’s degrees (in sociology and race and ethnic studies, respectively) at the University of Warwick.

Apart from holding a Bachelor’s Degree and a Master’s in Modern and Medieval Languages from Cambridge University, she has a postgraduate diploma in community practice from Luton University.

She is at the moment Provost and Dean of the Faculty at Mills College, a position she has held since 2017.

She has been a professor of Ethnic Studies at Mills College since 1997, two years after she moved from UK to the US.

Her tenure at Mills College has been renowned for a number of advancements.

Among them are the Mills Promise Program, Mills’s first fully online master’s degree and the joint UC Berkeley-Mills engineering program.

She also worked to support the Indigenous community by establishing the American Indian Initiative to support recruitment efforts and introducing the first Native American elder-in-residence to the faculty.

“I am both deeply honoured and excited to serve the USF community as its next provost,” Julia Oparah said about the appointment .

“I have long admired USF’s commitment to equity and social justice, and consider USF’s distinctive Jesuit educational principles — particularly cura personalis, care of the whole person — as central to what USF does so well in educating students who will, as the university promises, ‘change the world from here.”

According to a statement by USF, Oparah was chosen after a national search.

“Provost Oparah rose to the top of a deep and distinguished pool of candidates,” said USF’s Interim Provost Tyrone H. Cannon, who chaired the search committee and who will return to his role as USF’s library dean when Oparah joins the university.

“In both her scholarship and administrative decisions, she has exhibited a deep commitment to collaboration and partnership, gender and racial equity, global social justice, and the transformative power of education,” said Cannon.

“I am delighted to welcome Provost Oparah and her family to USF,” said USF President Paul J. Fitzgerald, S.J.

“I look forward to working with her as a partner in mission while we continue to build on the planning and implementation that has taken place across campus during this challenging year of the COVID-19 pandemic.”