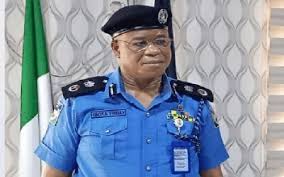 As the fight against crime in the country continue, the new Commissioner of Police in Rivers state, Mr Eboka Friday, has declared total war on kidnappers, armed robbers, cultists and other criminals operating in the state.

CP Friday, who made the declaration in his maiden address to the media on Tuesday, at the Police Officers Mess, Port Harcourt also promised to ensure respect for the fundamental rights of Rivers people in the fight against crime.

He revealed that he will work with sister agencies in the battle against heinous crimes to make Rivers state more habitable for people and genuine businesses to thrive in line with the vision and mission of the Inspector General of Police, Mohammed Adamu.

“I am here in the State to tackle crime and criminality headlong, in line with the vision and mission of the Inspector General of Police, in accordance with International best practices, rules of law and respect for fundamental human rights.

“No efforts will be spared in dealing with all criminality elements in the state. A total war is thus declared against violent crimes like, armed robbery, cultism and kidnapping.

“To ensure a successful execution, we shall synergize with other sister security agencies to battle with perpetrators of these heinous crimes. Rivers shall not be habitable for criminals, as I will spare no efforts in smoking them out of their hideout”.

CP Friday assumed office as the 42nd Commissioner of Police of Rivers after his predecessor, Joseph Mukan was promoted to the position of Assistant Inspector General of Police.

He commended the IGP for finding him worthy in character and competence to be posted to Rivers State to carry out the core mandate of the Force and expand the frontiers of policing in the Command.

He also appreciated the State Government for aiding the success of his predecessors, while hoping that the same magnanimity will be extended to his administration.

The CP stressed the need to curtail and minimize the security challenges in Rivers because of the state’s peculiar socio/economic environment and the volume of human traffic, including foreign nationals.