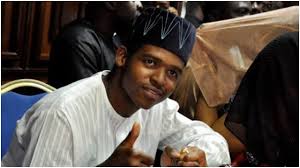 The Economic and Financial Crimes Commission, EFCC. has revealed that the fugitive, Faisal Maina, son Abdulrasheed Maina, has fled to the United States of America, USA.

Abubakar stated that Faisal sneaked to the USA through the Republic of Niger.

Dan-Galadima, is a member of the House of Representatives, from Kaura-Namoda Federal Constituency of Zamfara.

Faisal was granted a N60 million bail with a surety in the like sum, who must be a serving member of the House of Representatives.

The father, Abdulrasheed Maina, who was Chairman of the defunct Presidential Pension Reformed Task Team, PPRTT, is facing several cases of money laundering.