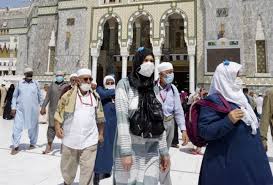 Saudi Arabia on Tuesday imposed entry ban on citizens of 20 countries, with the exception of diplomats, Saudi citizens, medical practitioners and their families.

The move, which was meant to curb the spread of the COVID-19 affected citizens of United Arab Emirates.

But Nigeria was not on the ban list, which takes effect from Wednesday 3 February.