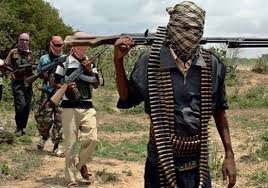 The police in Adamawa state, have confirmed the abduction of a district head of MaFarang, Ardo Mustapha Ardo Ahmadu.

The police spokesman of the command, DSP Suleiman Yahaya, confirmed the abduction to newsmen in Yola on Tuesday.

The traditional ruler was said to have been whisked away hours, after Adamu Aliyu assumed duty as new commissioner of police in the state.

The kidnappers invaded the palace of the monarch Monday night and took him away after subduing the local vigilantes who are the palace guards.

“The whole town was gripped by tension as gunshots rent the air. The monarch was abducted in the night around 12 midnight on Monday despite the presence of the palace guards,” sources said.

The police added, “We’ll give cash to anyone with information that leads to the arrest of culprits.”

Yahaya said the command has effected massive deployment to rescue the monarch and apprehend the culprits.