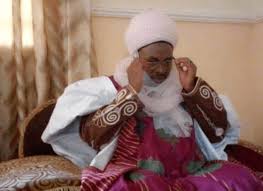 The district head of Mayo in Adamawa state, Mustafa Ahmadu, who was kidnapped has been released by yet-to-be-identified gunmen.

Mustafa Ahmadu was kidnapped at about midnight on Monday, 18 January, 2021 in Mayo Farang, a few hours after he returned from Abuja on a trip.

However, the police spokesperson in the state, Suleiman Nguroje, said the ruler has been reunited with his family ”in good condition”.

Mr. Nguroje stated that the police were still looking for the kidnappers.

‘’He has been rescued and an investigation is going on to find the kidnappers of the traditional ruler and very soon we will update you,’’ he said.

However, Ngurojr didn’t clarify whether ransom was paid to secure the release of the traditional ruler.