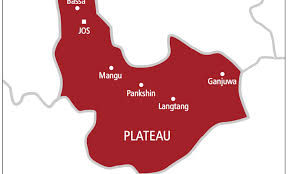 In furtherance of the determination of the Administration of Governor Simon Bako Lalong to settle Pension Liabilities, Plateau state Government has resolved to issue promissory notes for the settlement of Pension Arrears, Gratuity and Death Benefits of the State Pensioners.

This disclosure was made on Monday by the Permanent Secretary, Plateau state Ministry of Finance, Mr. Sani A. Yahaya,

Yahaya asserted that the Government has constituted a 27- Man Committee to carry out advocacy and sensitization of the State Pensioners in the three Senatorial Zones of the State whose itinerary are as follows:

According to the announcement, the venues are the various pension union offices of the 17 Local Government Areas in the state.

“All State Pensioners are strongly advised to avail themselves for the exercise unfailingly, please.” he said.