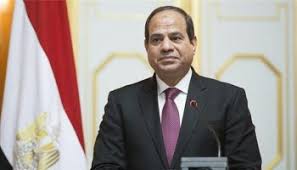 Presidential spokesman, Bassam Rady in a statement, said al-Sisi’s remarks came during his meeting in Cairo with Wamkele Mene, Secretary-General of the AfCFTA.

Sisi affirmed Egypt’s full support for the activities and work of the AfCFTA, which represents a promising start towards continental integration in Africa, the spokesman said.

The Egyptian president said his country was fully prepared to provide its expertise to help activate the free trade zone, noting that stability is very important as it provides the appropriate climate for the success of the efforts and activities of the agreement.

For his part, Mene expressed his appreciation for the vigorous follow-up of the Egyptian president to the procedures for launching the AfCFTA during his presidency of the African Union.

Mene pointed out that Egypt was one of the first countries to sign and ratify the agreement.

Trading under the AfCFTA began on Jan. 1, making it the world’s largest free trade area in terms of participating member states after the formation of the World Trade Organisation.

Data from the World Bank shows that the trade bloc, which has so far garnered 54 signatories, covers a total population of over 1.2 billion with a collective gross domestic product of 3.4 trillion U.S. dollars.

The AfCFTA has the potential to boost intra-Africa trade by about 52 per cent by 2022, according to the United Nations Economic Commission for Africa.