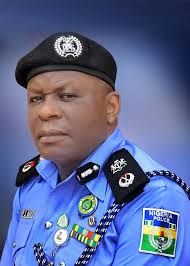 The new commissioner holds Masters of Art in International Law and Diplomacy from the University of Science and Technology, Port-Harcourt Rivers State.

The Police Public Relations Officer, DSP, Loveth Odah, made this known while speaking to journalists in Abakaliki, Ebonyi State capital on Monday.

She said, “CP. Aliyu Garba is a graduate of the prestigious University of Sokoto with Bachelor of Arts in History, who was enlisted into the Nigeria Police Force in the year 1990 as a Cadet Assistant Superintendent of Police (Cadet ASP) at Police Academy (Annex) Kaduna State, trained for eighteen months and was posted to Oyo State Command as Admin Officer.

“He was later transferred to Niger State Command where he became the Adie-Camp (ADC) to the first Executive Governor of Niger State, His Excellency Dr. Musa Inuwa.

“CP Aliyu Garba psc, is a proudly Nigerian, has served in various capacities of the force and has also attended several Professional Courses in Law Enforcement, Crime Prevention/Control and Management within and outside the Country; which include Centre for Excellence and stability Police Unit (COASPU), Vicenza Italy, Cyber security Course Shanghai China. “

Odah further said that Garba coordinated and supervised Tactical and Intelligence Response Team Operations, which led to the arrest of high profile criminals and recovery of a large cache of arms and ammunition.