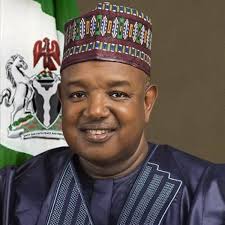 Governor Abubakar Atiku Bagudu of Kebbi state, has pledged to sustain the promotion of economic and commercial activities in order to bolster the rapid development of the state.

The governor made the pledge on Monday while flagging off the presentation of keys of the newly constructed shops to traders at Birnin Kebbi central market which was razed by fire five years ago.

According to the governor, over two billion naira was spent on renovation and reconstruction of the Birnin Kebbi Central market following a midnight inferno which razed the market.

Bagudu said that it was in realisation of the importance his administration attached to promotion of socio economic activities, such amount was spent on reconstruction of the modern market which comprises state of the art facilities such as Police Station and fire Station among others.

The governor appreciated the patience and endurance demonstrated by the traders over the long period for the repairs.

He directed the market management to prudently distribute the newly constructed shops to the original owners before considering those who do not have.

“The market management has been directed to issue keys to the original owners before thinking of giving out the shops to new applicants.

“Those who do not have shops should apply by filling forms. About 350 shops will be given out today for the flag off excercise ‘, he said.

The elated governor reassured the market traders of his administration’s unwavering support to enhancing their business environment.

He urged the traders to form cooperatives and associations in order to continue to get Government support and assistance to enhance their business.

Bagudu also charged the traders to reciprocate the gesture by maintaining regular sanitation of their environment, observation of safety measures as well as moderating the prices of the products.

” I call on the traders to reciprocate this kind gesture by making sure that the prices of their products are not inimical to the wishes of people”, he appealed.

The governor was represented by the Commissioner for Lands and Housing, Hon. Abubakar Sadiq Yelwa.

Earlier, the Permanent Secretary of the Ministry, Malami Shekare also disclosed that over 2 billion was expended in the repairs and reconstruction of the burnt market.

He assured that the ministry would ensure justice and transparency in the distribution of shops by giving top priority to the original owners .

The Chairman, House Comttee on Lands and Housing, Hon Habibu Labbo Gwandu who represented the Speaker remarked that the event was historic following the renovation of the market after it had been gutted by fire.

The lawmaker hailed the governor for what he described as ‘ fulfillment of governor Bagudu’s promise to resuscitate the burnt market.

The duo praised Governor Bagudu for the historic distribution of shop keys to the beneficiaries.

Speaking shortly after the collection of their keys , Mustapha Zauro, one of the traders, commended the governor for rebuilding the market with all the required facilities.

He described the event ‘ as a happy day to traders in the state’.

He was particularly delighted for the governor’s directive for consideration to be given first to the original shop owners before new ones.

Highlights of the event was the formal presentation of Keys to traders by distinguished personalities at the event.

It could be recalled that the Birnin Kebbi Central Market was gutted by fire in 2015 and the governor graciously approved the reconstruction of the market with modern facilities.