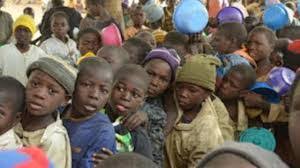 Kaduna State Government Task Force enforcing COVID-19 related regulations have rescued 160 children that originated from Oyo, Kwara and 11 other northern states of the country from locations that are neither authorised nor licensed as schools nor as children’s homes.

Some of the rescued kids were said to also come from West African countries, such as Benin Republic, Burkina Faso and Niger Republic.

Special Adviser to Governor Nasir El-Rufai on Media and Communication, Muyiwa Adekeye, in a press statement, stated that some of the rescued children are toddlers, who cannot properly identify themselves.

Adekeye explained that the locations the children were found are contrary to regulations that ordered the closure of all schools since December 2020.

He said, “By keeping children in unauthorised places, the locations were also in contravention of KDSG land use regulations and inconsistent with the policy of repatriating Almajirai to their states and local governments of origin to continue their education under the care of their parents, and in properly registered and regulated schools”

Adekeye reminded non-governmental organisations, corporate entities, religious leaders and faith institutions that the state government has laws prescribing the free and compulsory education of all children in properly registered schools.

“The rights of the children described as almajirai to be treated with the dignity accorded all other children is a matter of fairness and equality of treatment that no responsible government should compromise.

“Since March 2020, 31,092 almajiri children have been repatriated to their states of origin, when the Northern Governors Forum decided to jointly end the abuses associated with the Almajiri system…”