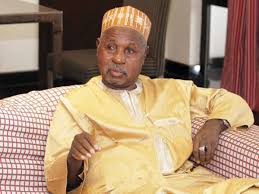 The Katsina state Government has said it will continue to support all the security operation in the state to ensure continued peaceful coexistence in the state.

Masari, who was represented by his Deputy, Mannir Yakubu, acknowledged the contribution of the Armed Forces during the rescue of 334 students of Government Science Secondary School, kankara on Friday 11 December 2020.

He noted that this feat was made possible by the gallantry and foresight of the Armed Forces during the rescue operation.

Masari said that the relative peace experienced in the state is largely attributed to the dedication, professionalism, competence and discipline of “our brothers and sisters serving in the military and other security agencies.”

He further explained that the relationship between the military and the host communities on the other hand has remained cordial, while urged that to continue in the same direction.