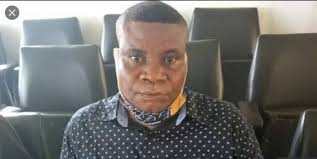 A family court in Cross River State, South-south Nigeria, sentenced the man to 22 years imprisonment, without the option of a fine.

Udo’s arrest and prosecution by the police followed a petition from a Non-governmental Organisation, NGO, the Basic Rights Counsel Initiative.

“I want to use this opportunity to commend first, the mother of the child who was bold to seek help by contacting us at the Basic Rights Counsel Initiative, I want to commend the police that carried out a thorough investigation,” the principal partner, James Ibor, said after the court ruling.

“I want to also commend the attorney general and commissioner for Justice, and the members of his office, for the way he conducted the prosecution, I want to commend my staff for providing psycho-social support to the child throughout the period of the proceedings. Above all, I want to commend the acting Chief Judge, Hon. Justice Eyo Ita for the judgement

A court, presided by the acting Chief Judge of Cross River State, Eyo Ita, had earlier convicted the man in December.