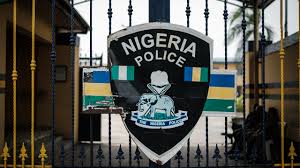 Bauchi State Police Command have arrested two suspects for abducting and removing the vagina of a young girl.

The suspects, Abdulkadir Wada and Adamu Abdulrauf confessed that they were asked to bring the sexual organ of a female by a native doctor who promised to give them the money, PR Nigeria reported.

The suspects arrested at Jama’are Local Government said they were promised N500,000 for the girl’s vagina.

Bauchi police spokesman, DSP Ahmed Mohammed Wakil said she has been rescued and admitted in Kano where she is now recuperating at the Aminu Kano Teaching Hospital, AKTH in Kano State.

AKTH spokesman said that the facility is administering adequate treatment to help her go back to her normal life.

Bauchi State Governor, Bala Mohammed, has said that the state government will take responsibility for the medical bills of the victim.