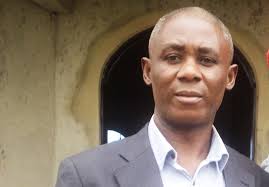 The Movement for the Survival of the Ogoni People, MOSOP has called for police reforms so as to check extrajudicial killings and indiscriminate shooting by the Police.

MOSOP noted that the Nigeria Police have become too reckless and exerted too much power to kill without any consequences.

President of MOSOP, Fegalo Nsuke, made the call on Friday while addressing newsmen in Port Harcourt over Police shooting into a peaceful crowd on Ogoni Day, Monday, January 4, 2021, while the people marched through Bori, headquarters of Khana local government area and traditional headquarters of the Ogoni people.

Nsuke said Dumka Nwinkua was shot by the DPO of Bori Police station on the said date.

He said two other persons, one from Biara and one person from Bodo both in Gokana local government area were hit by flying bullets.

Dumka Nwinkua was part of the peaceful procession in Bori from BMGS to the MOSOP Secretariat when the procession was halted by the Police who shot into the crowd.

The MOSOP President said the Police action was frightening and amounted to a significant threat to the peace of Ogoni people.

Nsuke warned that the Ogoni people will no longer be silent to allow the Police kill them at will.

He noted that every legal action required to check Police excesses including an international campaign and petition will be deployed to stop the Nigeria Police from killing the Ogoni people at will.

Nsuke further said the Police have a primary duty to protect the people noting that it was absurd that the only thing the Police could think of to disperse a peaceful crowd is to shoot at them.

He said the arms the Police carry were bought with the Ogoni peoples’ money and the Police is not expected to use arms against peaceful civilians who are just celebrating an annual event.

He further said there was no action from the people that were provocative warranting the shooting by the Police.

The MOSOP President noted that while the Police was fully aware of trouble makers like Lazarus Tamana who had been sponsored to cause crises in Ogoni, the Police have remained silent on the activities of Tamana and turned itself against peace-loving Ogonis who were simply celebrating their day in their usual way.