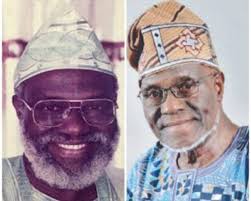 The labour in a statement said, “We also celebrate Comrade Hassan Sunmonu’s twin brother– Pa Hussein Sunmonu on his birthday. Also, Pa Hassan Sunmonu’s wife, Alhaja Wasilat, marks her 76th Birthday today. This is a triple roll call of celebrations for the Sunmonus.

“Comrade Hassan Adebayo Sunmonu grew up to embrace a career in activism. As a final year student of the Yaba College of Technology, Comrade Hassan Sunmonu was elected the President of the College’s Student Union Government and also became an executive member of the National Union of Nigerian Students, NUNS.

“It was also during the leadership of Comrade Sunmonu that the May Day Workers Celebration was officially recognized as national holiday. Amidst other milestones, Comrade Hassan Sunmonu in February 1980 launched the “Workers Charter of Demands” which has become a beacon to successive generations of trade union leaders” Comrade Wabba said.

The NLC President Ayuba Wabba noted that, after a tour of meritorious duty in Congress, the Organization of African Trade Union Unity, OATUU in 1986 elected Comrade Hassan Sunmonu as its General Secretary.

Wabba asserted that in all the leadership positions he held in the trade union movement, Comrade Hassan Adebayo Sunmonu has epitomized the principles and virtues of integrity, commitment, sacrifice, collectivism and pan-Africanism.

“As Comrade Hassan Adebayo Sunmonu clocks 80 today, the entire leadership and membership of the Nigeria Labour Congress and the Working-Class Movement in Nigeria wish him and indeed the other Sunmonus also celebrating today many more fulfilling years of exemplary service to God, the working class and humanity” the NLC boss said.