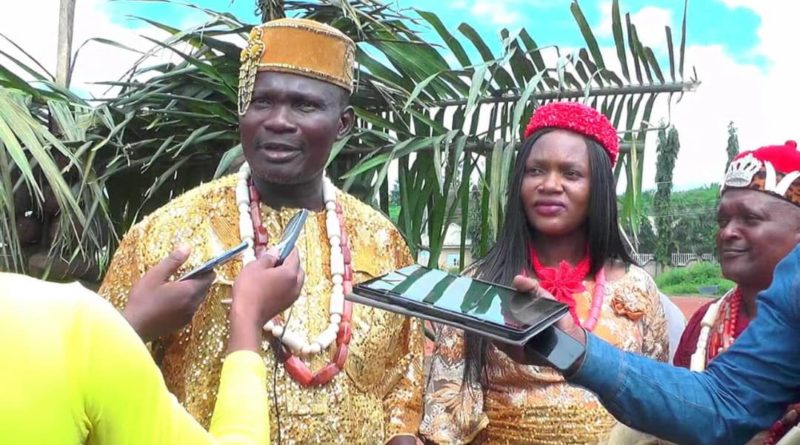 His Royal Highness (HRH) Igwe Friday Ozochi, Ozo Chimere Eze 1 of Pyakasa Kingdom in the Federal Capital Territory (FCT) has called on the Federal Government to assist traders with long term loan that would enable them boost their businesses after suffering from COVID-19 pandemic.

Ozo Chimere Eze 1 of Pyakasa Kingdom, who is also the Chairman of Garki Model Market in FCT made this assertion while speaking to journalists in his domain.

HRH Ozochi said that many businesses have collapsed during and after the coronavirus pandemic, saying that the need for government to design a measure to help traders to bounce back again cannot be overemphasised.

He said that about 70 per cent of the population of Nigerian are into trading/business, adding that such large numbers of people should not be negleted by any responsible government.

“Government should connect with us directly, not through any Minister or politician, because, often times, most of the things that have to do with traders have been politicised and at the end of everything, we end up not seeing result.

HRH Ozochi appealed to all member his kingdom to be law abiding citizens, saying that they should shun any illicit deal that would dent their image and integrity.

“Nigeria is one and will remain one nation, so let us ensured that there is peace in Pyakasa and other communities in the territory and even beyond, by so doing, Nigeria will be great again.

“Let us embrace peace in this country, God knows why he brought us together. Let us love one another and shun tribalism because in recent time, tribalism has succeeded in dividing us.

“Above all, let us respect our elected leaders despite the tribe, gender and religion belong they. I want to state here that President Muhammadu Buhari is a good leader. He has good intentions for Nigerians, but we need more actions from him” he said.

On the issue of insecurity in the country, Ozo Chimere Eze 1 of Pyakasa Kingdom advised government to involve traditional rulers, adding that traditional rulers know almost everybody in a community and should not be left behind while fighting criminals in the society.

“If we actually want things to be better for us in 2021, then we should all join hands together; the Police, traditional rulers, DSS and other security agents, so that we can tackle the issue of insecurity in our land” he said.