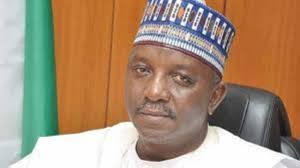 As the increase in electricity tariff continue to generate controversies across the country, the Federal Government, on Thursday directed the National Electricity Regulatory Commission, NERC to suspend the implementation of the adjusted in the tariff recently announced by the agency.

The directive was given by the Minister of Power, Mamman Saleh in Abuja.

Mr Saleh directed the NERC to inform all DISCOs to suspend the implementation of the duly performed minor review (which adjusted tariffs between N2/kWh and N4/kWh) until the conclusion of the Joint Ad-Hoc Committee’s work at the end of January 2021.

The new adjustment in the electricity has elicited condemnations from all walks of life, especially the organised labour, who described it as “another breach of trust.”

Although NERC had on Tuesday denied any increment, saying it did not approve such. It however explained further that rather than increment, what happened is a minor adjustment to reflect the current inflation and exchange rates.