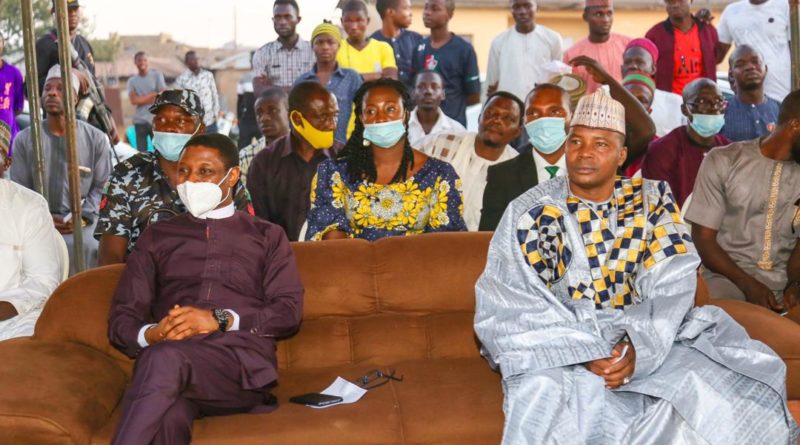 The Executive Secretary of the Nigeria Christian Pilgrim Commission, NCPC, Rev Yakubu Pam has tasked Nigerians on inter- faith harmony and the need to embrace peace this new year, irrespective of our religious differences.

Re. Pam stated this in Jos during a fund raising event for the completion of Ibn Mas’ud permanent site school, Gangare, Jos North Local Government Area for the less privileged.

He said that Nigerians should learn to live in peace and harmony with one another and should be able to tolerate one another irrespective of their religious , political and ethnic differences.

The NCPC boss who was one of the Special Guests of Honour at the event, said he was happy to see that Plateau State was gradually retuning back to its peaceful days.

In his words,” We must forget the urgly incident of the past”. He added, ” today, a new dawn has just begun in the city of Jos”.

He told the teeming Muslim community that COVID-19 pandemic is real, but God had been able to mitigate it in Nigeria hence the impact of the virus is less compared to other countries.

He posited that it was because of the prayers of the people, that God stopped the global pandemic from killing us massively.

The Ambassador of peace affirmed that there was no alternative to peace; stating that we cannot talk of peace without justice.

He thanked the organisers of the laudable event which is aimed at addressing the educational needs of the less privileged Muslims in the Gangare community in Jos North.

Rev.Pam decried religious fanatism in the society, stressing that it had become one of the banes of our society today.

He urged them to embrace peace and shun violence because, God is a perfect God who never made any mistake in His creation by making us Muslims or Christians.