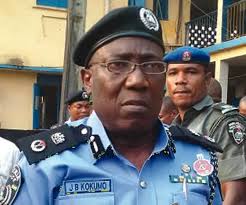 Undisclosed number of robbery and kidnapping suspects have escaped from the cell of the Criminal Investigation Department, CID, Edo State Police Command.

The escape was staged late Saturday night when most officers had closed from work.

The CID detention cell is located within the premises of the state command headquarters.

It was gathered that among those who escaped were robbery, murder and kidnapping suspects who were re-arrested after they broke jail at Oko Prison during the #EndSARS protest.

However, the police are yet to confirm the incident.

But the escape of the criminals has already raised fear among residents of Benin, about possible rise in crime.

The State Commissioner of Police, Babatunde Kokumo and the command’s spokesman, SP Chidi Nwabuzor, could not be reached on their mobile phones.

A competent source in the police command headquarters who did not want to be named, disclosed that some policemen suspected to be responsible for the breaches have been arrested and detained.

The Commissioner of Police, Mr. Johnson Kokumo and the PRO did not respond to calls.