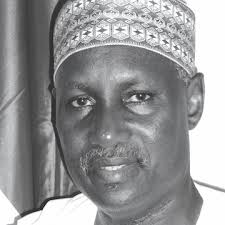 In commemoration of a life time achiever, Unveiling and Rebranding Nigeria Initiative, URNI, has felicitated with its Patron, Ambassador Hassan Tukur, OFR. on his 64th Birthday.

In a statement by the Programme Manager of the initiative, Mr. Abdulkadir Lawal, the group described the Ambassador as a diplomat per excellence, who has diligently served the country in multiple capacities in the diplomatic core, aside other parameters.

The group applauded his indelible milestone in his services to the nation which spans over three decades and still counting even after retirement from public service.

They described the Unveiling and Rebranding Nigeria Initiative programme as a novel set up under the watch of the ambassador, with the intention to seek, to propagate several strategies, and to showcase the true potentials of Nigeria, her people, and heritage to the world.

The Initiative aims to leverage information technology and media strategies to unveil Nigeria as a dynamic, rich and multi-faceted country having vast potentials for achieving greatness”

“Over the years, Ambassador Hassan Tukur, OFR. has really proved himself a worthy envoy, representing the country in various capacities through the numerous portfolios he has handled” the group said.

According to URNI, the Ambassador has through his meritorious services, bridged ties between Nigeria and several country’s diplomacy.

They commended his humility and love for humanity, adding that Tukur stands out as one of Nigeria’s most distinguished envoy of all time.

Amb. Tukur upon his return from diplomatic assignments overseas to the country in 2005, was appointed as Special Assistant to the Honourable Minister of State for Foreign Affairs.

He was later appointed Secretary, National Energy Council and Senior Special Assistant to Mr. President on Energy Partnership in September 2007 till June 2010 before emerging as Principal Secretary to the President of Nigeria, Dr. Goodluck Jonathan, in the year 2011.

“We pray that the Almighty God will grant him many more successful years ahead, with further achievements to project the nation towards greater heights,” the group stated.