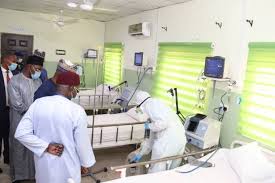 The latest data from the Nigeria Centre For Disease Control, NCDC, has revealed that COVID-19 has killed four persons in Gombe and one in Kano states

While the death toll in Gombe has risen to 37, Kano’s inched higher to 66.

Lagos, which reported a record 642 new confirmed cases on Friday, leads the nation with 247 fatalities, out of 30, 830 cases.

It is followed by Edo with 117 deaths, out of 2,870 cases, making the state’s fatality to survival ratio the highest in Nigeria.

According to NCDC data, 113 people died in December as the second wave of the virus impacted heavily on the country.

On Friday, the NCDC reported 1,074 new infections from 14 states and Abuja.

It also reported 660 recoveries. This increased the number of the discharged to 74373, leaving 12,920 active cases.

The agency put the total number of COVID-19 infected people in the country at 88,587.