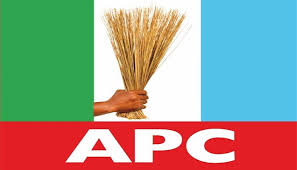 The All Progress Congress, APC will commence the registration of new members on January 25, 2021.

The Secretary of the APC Caretaker and Extra-ordinary Convention Planning Committee, Senator John Akpanudoedehe, disclosed this in his New Year message to Nigerians.

He said: “We have recognised the need for continued conflict resolution and have decided to vigorously pursue reconciliation on all fronts in order to emerge as a stronger party ahead of the congresses and the 2023 general elections.

“Having got the approval for the party membership registration, the committee is now set to undertake the exercise efficiently and effectively in a record time, beginning from January 25.”

Akpanudoedehe said APC was fully prepared to conduct total congresses at all levels, through a fair and transparent process of electing officials for its various organs.

This, he said, would culminate in the party’s national convention.

The secretary stressed that the committee was working to create a member-centered party structure that would guarantee full participation of all and accord privileges to strengthen members’ trust, beliefs, and engagements in all its activities.