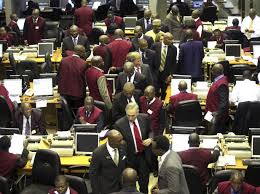 Specifically. the market capitalisation which opened at N20.446 trillion rose by N214 billion to close at N20.660 trillion supported by interests in BUA Cement.

Accordingly, month-to-date and year-to-date gain increased to 12.8 per cent and 47.2 per cent, respectively.

The uptrend was also driven by price appreciation in medium and large capitalised stocks, amongst which are; BUA Cement, International Breweries, Eterna, C & I Leasing and NEM Insurance.

“This is certainly good news for investors in particular and our country in general.

“It is heartwarming, after suffering the hangover of the global financial crisis longer than most other countries.

“The most gratifying fact about this performance is that it is actually backed by fundamental performances of our quoted companies.

“The performance also underpins the need for improvement in liquidity flow to the market through various sources that we at the CIS have been advocating in the last few years.

“The reduction in the interest rate and fixed income yield had been a net positive for quoted companies that are now able to borrow cheaper to finance their operations as well as for market operators that can see renewed interest in the financial markets.

“The NSE’s performance is also an affirmation of our market’s increasing correlation with other global markets,” Amolegbe said.

He expressed optimism that the trend would continue into the new year.

However, the CIS boss urged investors to speak to their certified stockbrokers before taking any investment decisions.

The market breadth closed positive with 24 gainers in contrast with 19 stocks losers.

Eterna, International Breweries and BUA Cement led the gainers’ chart in percentage terms, gaining 10 per cent each to close at N5.61, 59k and N70.40 per share, respectively.

On the other hand, FTN Cocoa Processors dominated the losers’ chart in percentage terms, losing 9.88 per cent to close at 73k per share.

Transactions in the shares of United Bank for Africa topped the activity chart with 60.57 million shares worth N524.73 million.